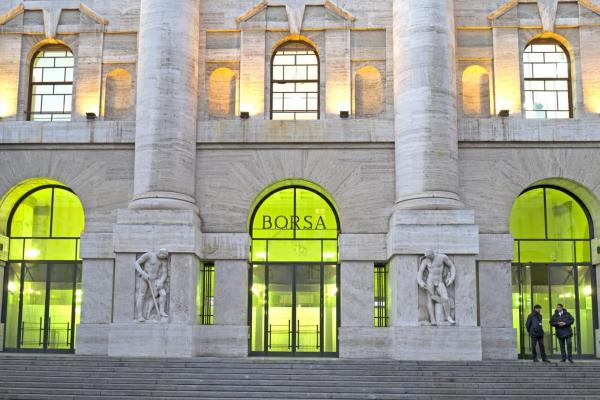 What is the MIB Index?

Feb 09, 2021
Tom Tragett
The MIB Index is the leading stock market index for companies listed in Italy. It includes the 40 largest companies in the country and across a wide range of sectors. The index is managed by the FTSE Group. This article breaks down the index, its history and its constituent stocks. Also covered are the factors that influence the index and best way to invest in the index.

The MIB index is owned and managed by FTSE International Limited, a leading provider of indices. The company manages over 250,000 indices in 80 countries, the most well-known of which is the FTSE 100, the UK’s benchmark index. FTSE publishes the FTSE Italia index series which includes 13 indexes. 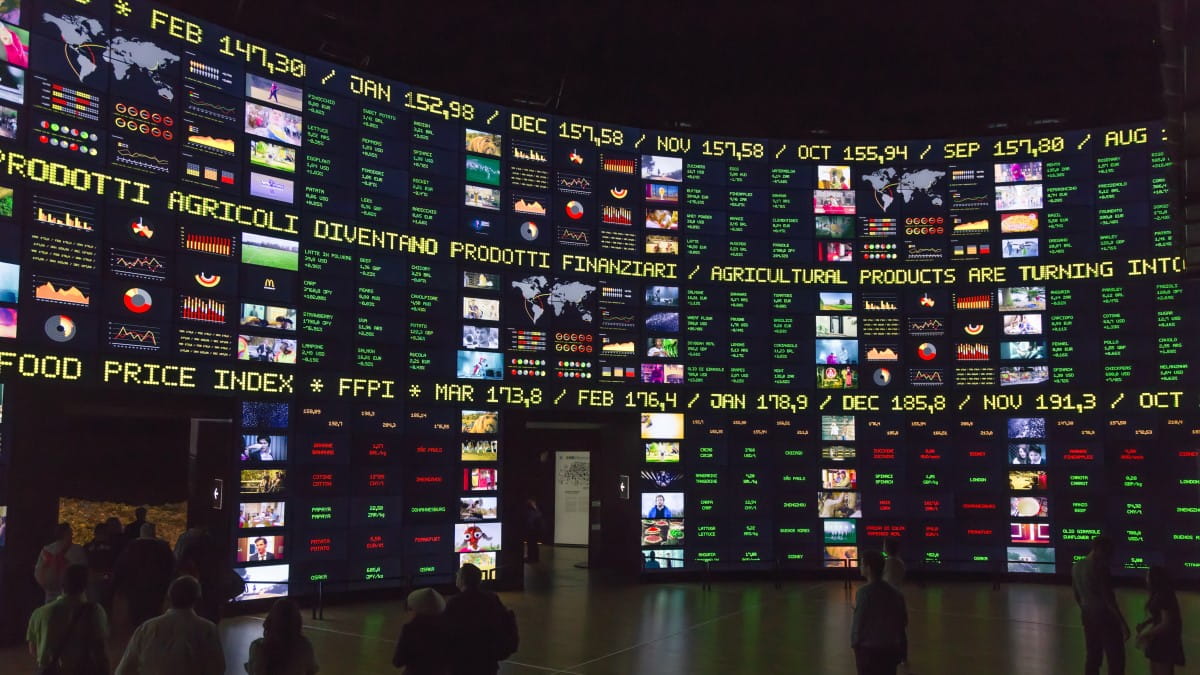 The FTSE MIB Index is the benchmark stock market index for the Borsa Italiana, the national stock exchange of Italy. It replaced the MIB 30 in 2004. The index consists of the 40 most valuable and liquid stocks listed in Italy. The London Stock Exchange owns both the exchange and the FTSE group.

The MIB is the most widely followed index for Italian stock market and is used as a benchmark for investment products in Italy. A large number of derivatives and index tracking funds track the index.

The full name of the index is FTSE MIB Index. MIB stands for

Milano Indice di Borsa and the index is owned by the FTSE group. It is also known as the FTSE MIB 40, the IT40 and the Italy 40

Italy’s benchmark indices have been through several iterations over the past few decades. The first major index was the COMIT 30 which was launched in 1992. Management of the index was then taken over by the Borsa Italiana and renamed the MIB 30.

In 2004, the index was expanded to 40 companies and was managed and published by Standard and Poor’s. The index was then simply named the MIB Index.

The London Stock Exchange bought the Borsa Italiana in 2007, and in 2009 the FTSE Group, a subsidiary of the LSE Group, took over the index. It was then renamed as the FTSE MIB Index.

What is the FTSE MIB?

Like most headline indexes, the MIB is weighted by market capitalization. For stocks to be considered they must be listed on Borsa Italiana’s MTA or MIV markets. A stock’s free float and liquidity are also considered before it is included in the index. The FTSE Italia Index Policy Committee reviews the index every quarter.

How is the FTSE MIB index calculated?

Furthermore, the weight of each stock is capped at 15% of the index. If the weighting of any stock exceeds 15% it will be adjusted at the quarterly review.

The following table includes the stocks included in the index as well as their weights as of April 2020.

The following 5 stocks each account for between 3 and 15 percent of the MIB index. These are the companies that anyone trading the index should follow.

Enel SpA, with a market value of €63 billion, is by far the most valuable listed company in Italy. Enel is a global provider of electricity and gas. The company designs, builds and manages power generation plants and distribution grids in Europe and the Americas. Enel is also involved in the natural gas industry, desalination and port infrastructure. 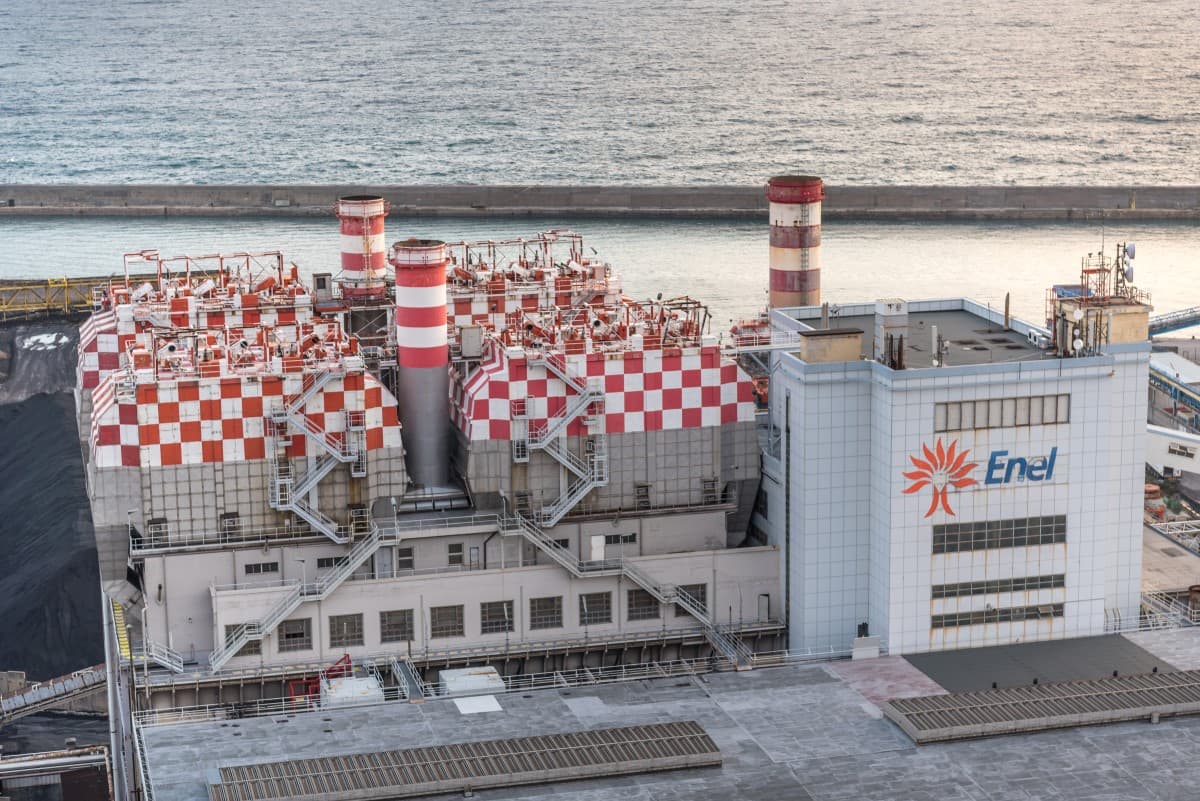 Eni SpA is the second largest company in Italy with a market value of €31 billion. Eni is a global oil and gas company with operations in 79 countries. The company is involved in the entire oil and gas value chain from exploration to distribution. As an energy company ENI ranks sixth in the world behind competitors like Exxon, Shell and BP. At least a third of the shares in the company are indirectly owned by the government.

Intesa Sanpaolo SpA is the largest banking group in Italy and the third largest company in the index. The merger of Banca Intesa and Sanpaolo IMI formed the group, which is involved in banking, insurance and asset management. The group operates over 3,000 branches in Italy as well as another 1,000 in Eastern Europe, the Middle East and Africa.

Ferrari NV is probably the most well-known company in the MIB index. With a market value of €35 billion it is actually ranked second but falls to fourth place when adjusted for its free float. Besides its luxury performance sports cars, the company earns revenue by licensing its brand and from a theme park in Abu Dhabi. 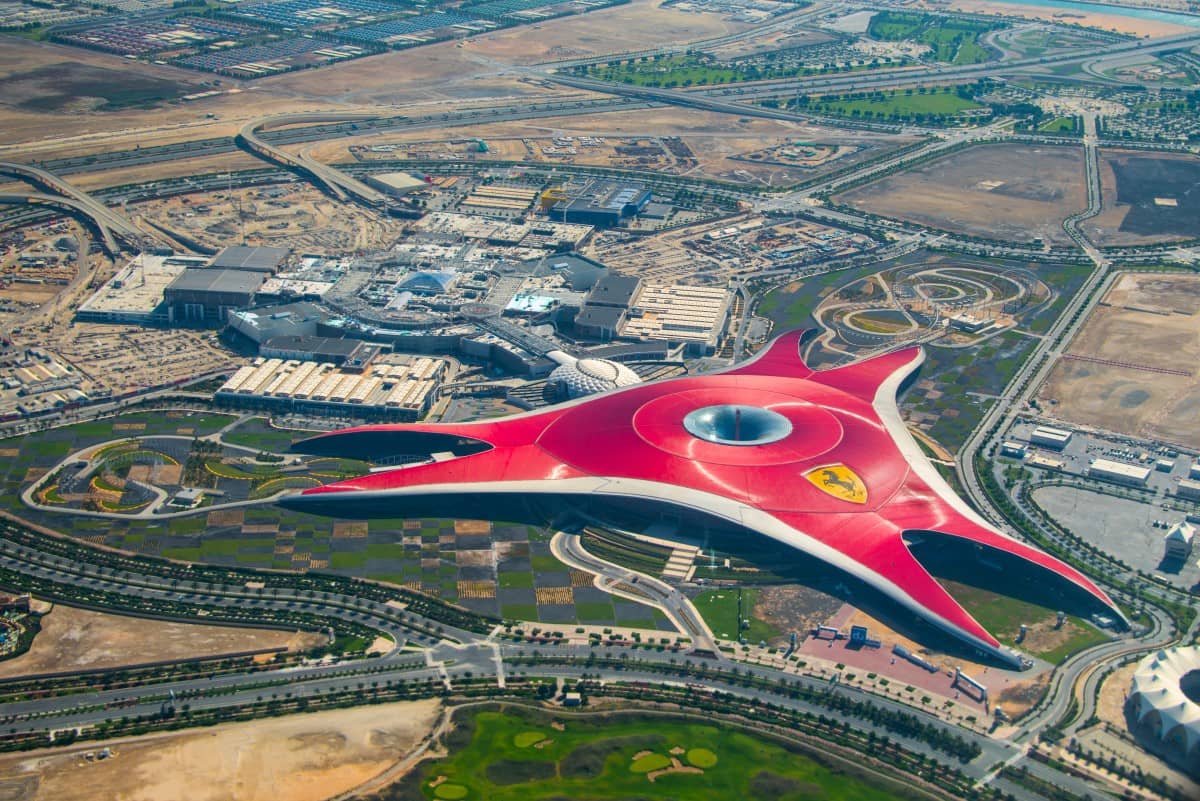 Assicurazioni Generali SpA is the largest insurance company in Italy, and the third largest globally. Generali as it is known, operates primarily in Italy and Eastern Europe.

Since its launch, the MIB index has experienced some large price swings. During the 1990s, the index included technology and media companies that followed the Dotcom bubble higher. In March 2000, the index traded above 52,000, its highest ever level. In the aftermath of the bubble it fell more than 50%.

The index had almost recovered its previous record high when the Global Financial Crisis began in 2007, causing it to fall some 70%. Since 2009 the MIB index has traded in a range between 12,000 and 24,000 as economic factors have capped growth.

One of the reasons the index has not regained the levels seen in the 1990s and early 2000s is that growth companies now play a smaller role in the index. Nevertheless, the index does still experience large price swings and medium-term trends. 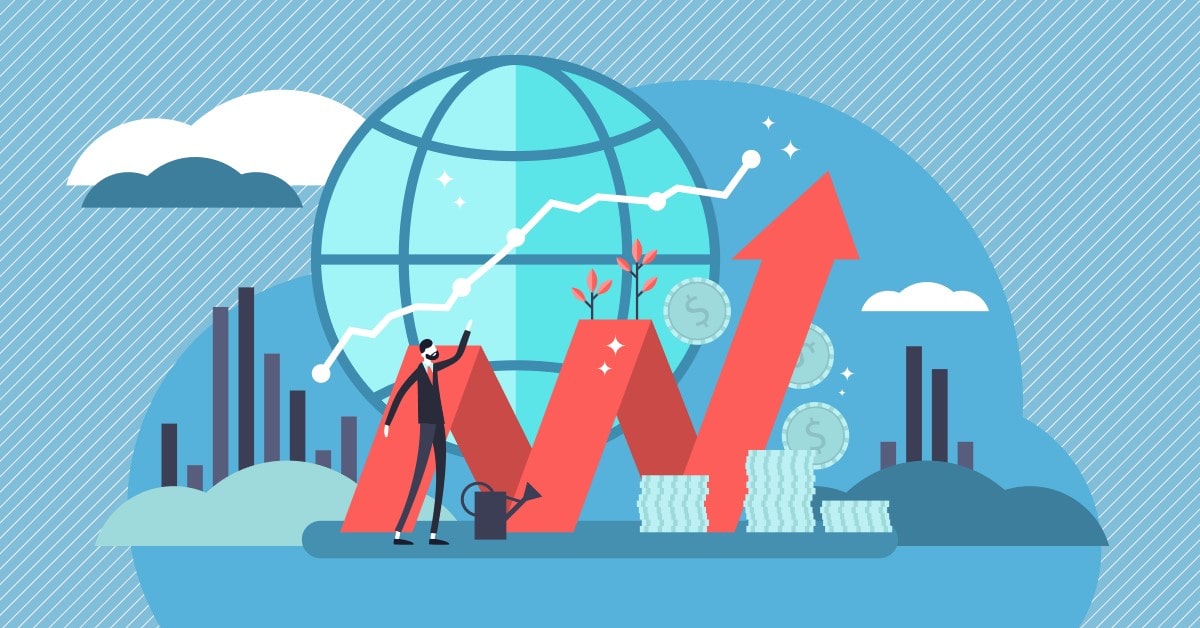 The MIB index differs from the benchmark indices of many other countries is that it is not very exposed to growth sectors. Over 30% of the index is made up of financial companies, while another 25% is made up of utilities. The high level of exposure to financial companies means the index is quite sensitive to interest rates. The exposure to utilities companies makes the index a little more defensive and less volatile than similar indexes.

The consumer discretionary and technology sectors, which are typically growth sectors, make up just 13% and 6% of the index respectively. This means the index is less exposed to consumer spending than similar indexes in other countries.

Energy companies account for 10% of the index, which is higher than most headline indexes. This means energy prices do have some effect on the index. With two automakers, Ferrari and Fiat Chrysler, in the index, there is some sensitivity to the global auto market.

The MIB index is unique in that it is not as exposed as others to global growth. It is however sensitive to interest rates and to energy prices. It is also sensitive to economic factors in Europe and to European Central Bank activity. For this reason, it can provide unique trading opportunities. 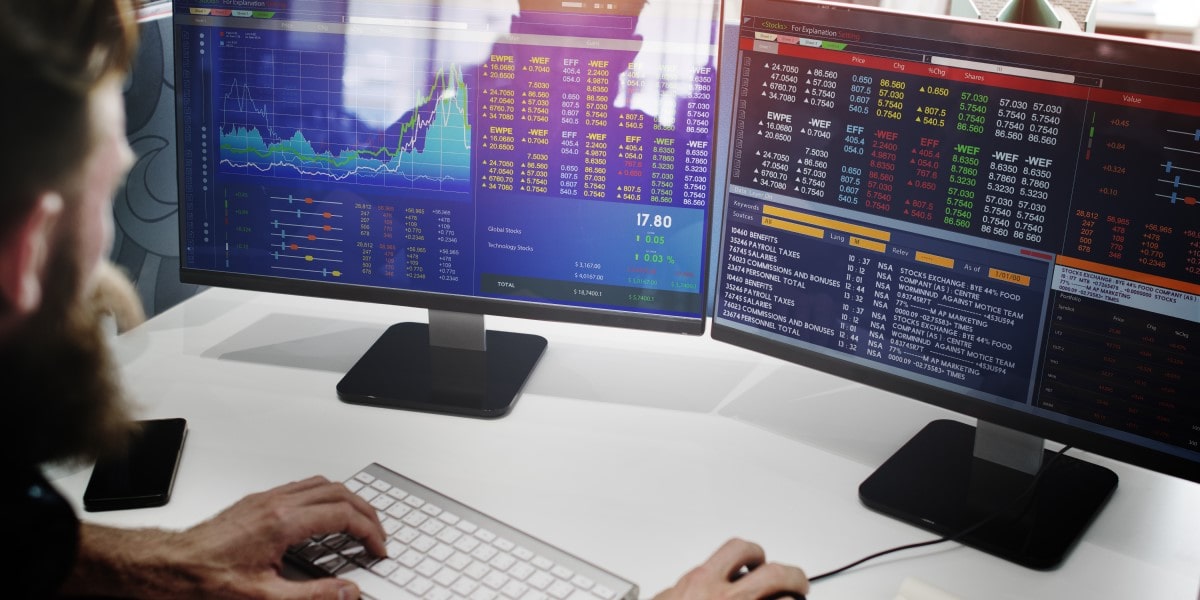 Advantages and disadvantages of MIB trading?

Advantages of trading the MIB Index

Disadvantages of trading the MIB Index

An index itself is not tradeable because it is merely a calculation based on the prices of the constituent stocks. However, you can trade exchange traded funds (ETFs), futures contracts and contracts for difference (CFDs) on the index.

What is CFD Trading

CFDs are a type of derivative instrument, similar to futures contracts. They allow traders to easily open both long and short positions using leverage. CFDs can be traded on any liquid assets, including indexes, stocks, currencies, cryptocurrencies and commodities.

They offer more flexibility than other types of derivatives. You can start trading CFDs with any account size, and you can trade several asset classes using one trading platform like the Libertex platform.

Because CFDs are traded using margin, only a small percentage of the value of a position needs to be deposited before making a trade. CFDs are also easier to short sell than other instruments.

Pros and cons of using CFDs to trade the MIB Index

As with all trading activities and instruments, there are advantages and drawbacks to consider when trading MIB CFDs. 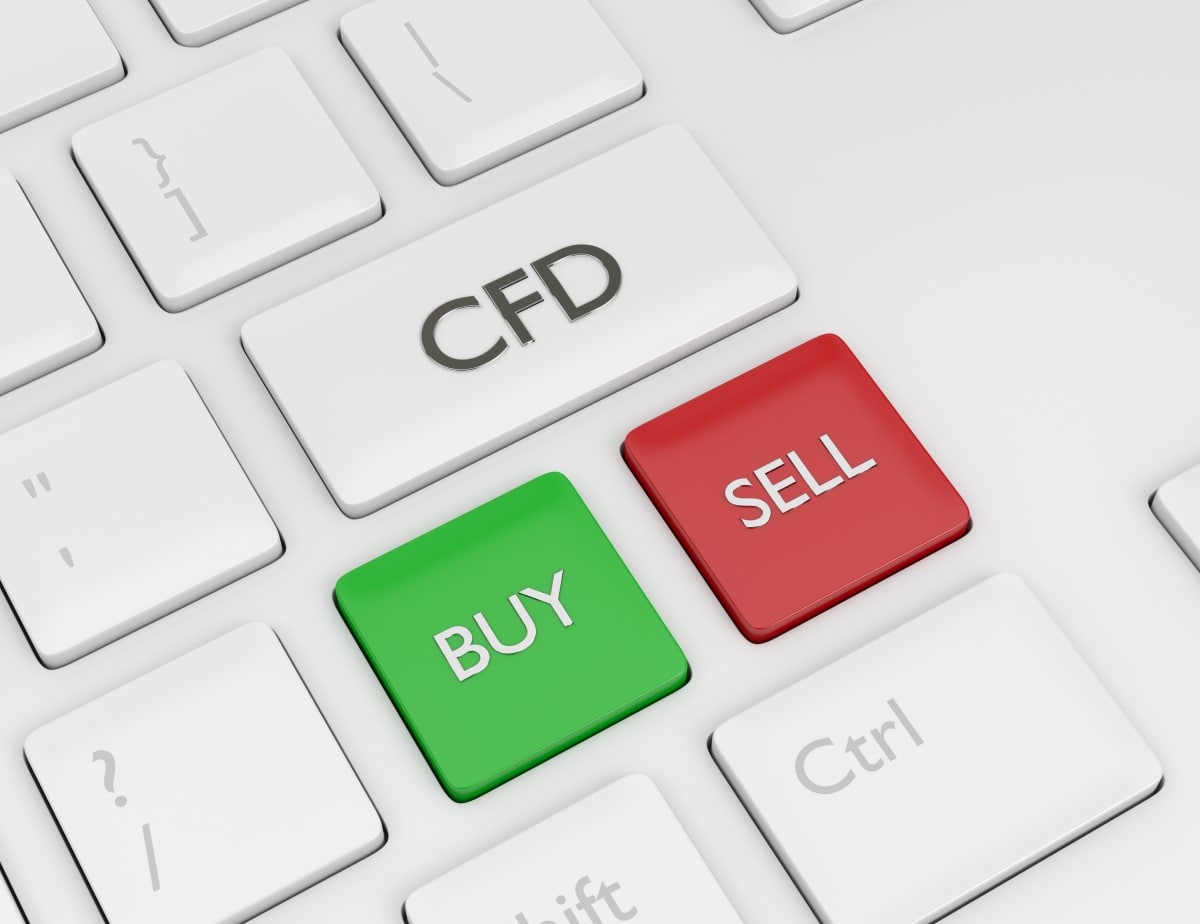 Most traders develop their own trading strategies. The following are some of the more popular approaches for trading the MIB index with CFDs.

MIB index CFDs can be used with other index CFDs like the DAX or UK100 to create long/short trades. Other indexes are more sensitive to economic growth, while the MIB is sensitive to interest rates. You can open a long and short position on two different indexes based on your view on growth or interest rates. These trades will have minimal market exposure but allow you to capture changes in sentiment around growth or economic indicators. 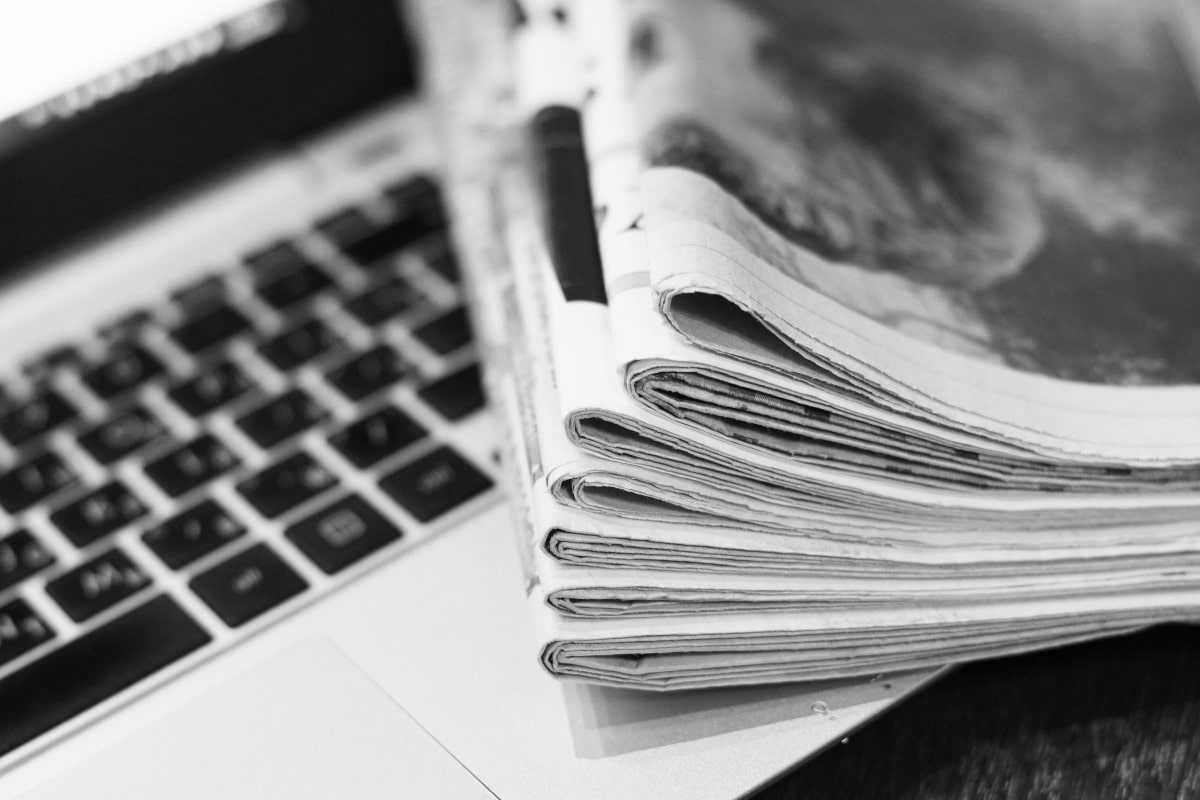 The MIB index is sensitive to interest rates and to ECB policies. CFDs on the index can be used to trade when economic data is released or when speculation of a change in interest rates is high.

The MIB index sometimes experiences short to medium term trends. Both rising and falling trends can be captured using CFDs.

What is MIB index?

The MIB is an index of blue-chip stocks listed in Italy.

What moves the MIB?

The MIB responds to interest rates and other economic factors in Europe and in Italy.

How to invest in MIB?

For long term investors, MIB ETFs are a good option. However, the index is better suited to trading.

How to trade the MIB index?

The MIB is a great index for trading. Most traders use CFDs to trade the index.

How important is the MIB index to traders?

The MIB is one of the major European indexes and is sensitive to the European economy.

The MIB is a key European stock market index. It is one of the best indexes to trade for those active during the European trading session and those that follow the economy of Europe.

You can trade CFDs on the index with Libertex. If you want to get started, you can open a risk-free demo account today. This will allow you to get used to the trading platform and learn more about trading the MIB index, with no risk or cost.

Libertex is a broker and trading platform which offers CFDs stocks commodities, indices, ETFs and cryptocurrencies with leverage of up to 100 times. The platform offers free trading tutorials and state of the art trading tools.