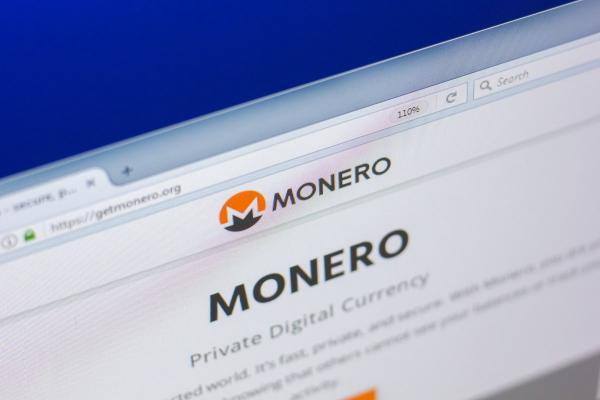 Monero has seen significant gains over the past few months, more than doubling in price. However, there is room for growth, at the very least, to its all-time high of $517.62.

Where will this privacy-oriented cryptocurrency go next? Find out in this Monero price prediction. We'll be taking a detailed look at possible movements starting from 2022 all the way to 2030. And while you're here, we'll also look at its past performance and factors driving its price.

Monero has seen significant gains over the past few months, more than doubling in price. However, there is room for growth, at the very least, to its all-time high of $517.62.

Where will this privacy-oriented cryptocurrency go next? Find out in this Monero price prediction. We'll be taking a detailed look at possible movements starting from 2022 all the way to 2030. And while you're here, we'll also look at its past performance and factors driving its price.

What Is Monero (XMR)?

Monero (XMR) is an open-source cryptocurrency created in 2014 that focuses on privacy and being untraceable. Advocates say that Monero is what Bitcoin noobs think they bought: fungible, digital, sound money.

Whether you agree with the statement or not, the project does indeed focus on providing value with no money-hungry underlying cause. Monero's developers didn't even keep any stake for themselves when they launched it. But for transparency's sake, they did bank on contributions and community support to make sure they could roll out upgrades and developments.

Below are the main technical concepts that you need to know about Monero:

It's important to clarify how Monero differs from Bitcoin. For a BTC transaction to happen, the sender needs to know the recipient's public address. This reveals some information to the sender, such as how many coins there are on this wallet. In addition to that, all transactions are openly available on the public ledger.

Monero uses Random Addresses for anonymous routing. That way, senders don't need to know the recipient's account info or see their holdings. The coins are routed through one-time addresses that are created randomly, and no one can tell that a particular sender made a transaction with a particular recipient.

There is an option to allow others to view your account. All it takes is to share their view key. It's useful for an audit, and what's even better, the key doesn't grant withdrawal rights.

It goes without saying the socio-economic conditions, regulatory changes and the price of Bitcoin all have an effect. But if we strictly focus on what drives the price of Monero, there are a few other things worth mentioning.

The existing non-interactive zero-knowledge proof protocol Bulletproofs will be replaced by Bulletproofs+. This will be the basis of a new algorithm to protect Monero users called Triptych.

Bulletproofs+ is currently going through its second third-party audit. Why is that necessary? The immediate goal is to mitigate existing vulnerabilities in the code. Once it's done, Monero transactions will be lighter, faster and more secure.

The new initiative is an improvement from the various forms of ring signatures that make node synchronisation bloated and slower. Obviously, if all works out, Monero has a higher chance of widespread adoption and interest from traditional finance.

An Ethereum-based version of Monero called Wrapped Monero (WXMR) was launched in 2021. The counterpart is minted on a 1:1 basis.

It's an ERC-20 token that can be traded and utilised on the Ethereum network. What's more, WXMR makes Monero available within the DeFi sector for the first time, one of the biggest crypto trends. Experts say it's unlocking a host of exciting possibilities.

3. Inclusion as a Payment Option

The Monero community is striving to enter mainstream spaces. There was even an interesting case when members created a proposal to add XMR as a payment option on Tesla's website and gathered $150,000 as part of it. The proposal followed Elon Musk's announcement that Tesla Motors had started to accept BTC.

Historically, every time crypto gains recognition from major websites, the coin's trading volume and value go up. If Monero gets added as a payment on other similarly popular platforms, it will certainly be reflected in Monero's price prediction.

Monero utilises a community crowdfunding system. All development projects are supported by the community, so the network's prosperity essentially relies on donations. If Monero acquires positive attention and gathers more advocates, its funding will go up. Subsequently, this creates more opportunities for improvement.

Anyone in the community can make new proposals or fund existing ones. Funding is held in escrow and released once milestones are achieved. So, a big driving factor for XMR is how strong the network's support is.

Bitcoin is still the dark web's 'favourite' cryptocurrency, but privacy-focused cryptocurrencies like Monero are in high demand. Even though it's a questionable method of promotion, it still exists. The last time Monero was adopted as a payment method by a darknet market, it saw a huge spike in value.

If another underground market goes in the same direction, there will be more people wanting to acquire currency they can trade in.

Let's not jump into Monero's price prediction just yet. To understand the full context, we first need to cover the most notable events in the project's history and how they correlated to its price:

Monero has been trading bullishly since the start of the year with no significant corrections. The period from 1 January to February was relatively uneventful, seeing only an approximately 10% change in price. Then, a big spike took Monero's price from $152 to $257 in a matter of a few weeks.

The period between 21 February and 28 March was another relatively stagnant period but with a slight drop from $257 down to $224. From late March to mid-April, the price went up by almost 30%. By mid-April 2021, Monero's trading volume managed to surpass $1 billion. This put the coin in some of the most favourable conditions it has ever been in.

And with all the basics covered, here's the Monero forecast.

The first Monero price prediction for today comes from TradingBeasts. As you'll see, most forecasts in this article don't promise huge price surges. The coin might even go into a mild downtrend, steadily losing value month after month.

But if we step away from this conservative view on Monero's future, we might see a bigger potential in one exciting development. Since its inception, Monero has struggled to implement atomic swaps, but it's rumoured that atomic swaps between BTC and XMR will be released very soon.

Developers might finally resolve the unique problem in the protocol design that stemmed from Monero's privacy features. As a result, this change will build a bridge between the two blockchains and increase the user base for both.

The beauty of the Monero protocol is that it's still quite new and can be easily optimised. It's also quite flexible in its architecture. Implementation in other wallets or decentralised exchanges will not only be simple but also drive the price up.

Take a look at the Monero prediction chart for a general idea of where the asset might go.

The table below is a shortened version of the PricePrediction.Net forecast for 2022. Compared to the 2021 figures, there's an increase in average price. Throughout the year, XMR might go from around $198.69 in January up to $251.71 by December.

Long Forecast shared their Monero price prediction for 2023. This time, we see bigger fluctuations not only over the year but also within certain months. May might be one of the most interesting periods, where long-term investors might be tempted to panic-sell.

Bear in mind that these are not the highest figures circulating online. The table above is just one example that doesn't necessarily show off the asset's full potential. At the same time, it's not giving traders false hope.

The graph below pieces together all the predictions we've covered so far. It shows Monero's general direction from 2022 to 2030 and beyond.

The final Monero forecast comes from PricePrediction.Net and puts the asset at an impressive mark above $5,000. But remember that looking so far ahead into the future may not give accurate results. The long-term predictions suggest rather than tell what may be.

The first thing in technical analysis is to look at larger timeframes and gauge the bigger picture. In previous sections, we already analysed the trajectory that Monero is following.

Now, let's take a final look at the Monero chart. We can tell that Monero is working its way up to catch up with its previous all-time high.

Traders and Advisors on Monero's Future

Not many people are vocal about their Monero price predictions, which is a shame. Our quest has led us to several prominent online figures whose views on XMR's future we'll share here.

Crypto advisor Bernd Schmid thinks that Monero's strength is that XMR miners will always be rewarded by the network itself rather than by the transactions. He also strongly believes that Monero could become a cash replacement thanks to its excellent protocol.

Motley Fool contributor Chris MacDonald compares Monero to Bitcoin. Although the coin prices are nowhere near each other, he views Monero as the next iteration of Bitcoin.

Crypto rating and news portal Weiss Research rates Monero as B-, its technology and adoption as C+ and market performance as B-.

Is Monero Better for Investing or Trading?

Monero's circulating supply is smaller than BTC's, potentially giving it better investment prospects. If you also take into account the attractiveness of full anonymity for users, there are very good reasons to look into investing in Monero.

With that said, long-term investments are not sure bets. The market could crash for various reasons, and projects could go bust. If that's something that concerns you, there are other ways to take advantage of blockchain technology besides investing directly in cryptocurrencies.

One solid option is to buy crypto CFDs. With CFD trading, you're not solely reliant on the rising trend. You can also trade on volatility, with interchanging upward and downward movements. On top of that, you can use leverage and deposit a small percentage of the trade's total value.

If you're not sure about the whole process, try a demo account on Libertex. Crypto trading beginners can gain experience and knowledge, while professionals can test out new strategies or a new market risk-free.

If you want to go over the main points about Monero predictions, take note of the following questions.

Some say that Monero won't reach, let alone break above, the $500 mark. But even with the most conservative forecasts, the crypto asset is expected to appreciate, especially when BTC-XMR atomic swaps come into effect.

Is Monero Worth Buying?

Yes, technical and fundamental analysis, investor sentiment and upcoming projects give us reason to believe that Monero's will go up. The question is, by how much. Please remember that every investment carries a degree of risk.

The Monero forecast by PricePrediction.Net puts Monero around$500-$800by 2025. There are even more optimistic opinions projecting it to be way in the thousands.

Based on the Monero price prediction provided by Coin Price Forecast, XMR might surpass $5,000 by 2030. If you think that the outlook is far-fetched, let us remind you that the asset has recently more than doubled in price in just a few months.

Looking at the market capitalisation difference alone, there's no way Monero will surpass Bitcoin in the near future. And while anything can happen in the crypto world, BTC's leading position is fairly secure. However, that doesn't mean Monero won't make it big.