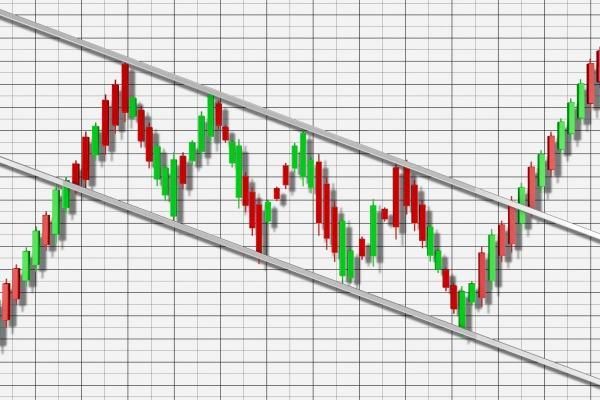 Apr 07, 2021
Tom Tragett
In the world of technical indicators and patterns, finding a reliable, workable tool that would help you predict price direction is challenging. However, they exist. Flag patterns are one of the key short-term continuation patterns you should be equipped with.

Still, there are two types of the flag pattern. They are bull and bear. In this article, we will talk about the bull flag pattern that alludes to a continuation of the uptrend. This pattern is not as simple as it looks. Thus, we gathered tips and hints that will help you work with this technical tool effectively.

What Is the Bull Flag, and How Does It Work?

Before we take an in-depth look at the bull flag, let us remind you what the flag pattern is.

A flag is a short-term continuation chart pattern that predicts the existing trend will stay in force. The flag pattern is loved by investors worldwide because it provides strong signals and can be found on any timeframe and any asset.

There are two types of flag pattern: bearish and bullish. Both of them look like a sloping rectangle framed by two trendlines. These trendlines serve as resistance and support levels.

A bull flag represents a bullish type of flag pattern. It occurs due to the weakness of bulls that were pushing the price up before.

A sharp uptrend should always precede the pattern. After that, there is a correction. The pattern is short-term because it's just a consolidation within the overall trend. The term of the correction or the pattern depends on the timeframe.

A bull flag represents a bullish type of flag pattern. It occurs due to the weakness of bulls who before were pushing the price up. As a result, there is a correction, which is a pattern which signals the price will keep rising.

In common words, the bull flag pattern appears due to a pause in the uptrend. It's the time of price consolidation, after which the price continues to move up.

Look at the picture below. 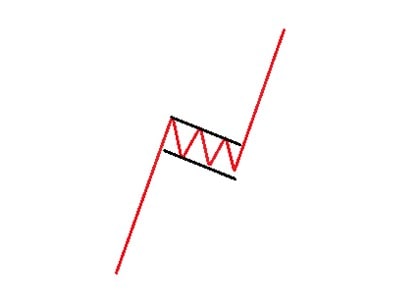 The bull flag is a sloping rectangle moving downward. The rectangle is formed by two parallel trendlines that serve as support and resistance levels. The main idea is to trade in the direction of the overall trend and never against the trend. A trader should place an order above the resistance when the breakout occurs.

The idea of the bull flag pattern is to trade in the direction of the overall trend and never against the trend. A trader should place an order above the resistance when the breakout occurs.

Bull Flag Pattern in Trading: Example on the Forex Market

Everything is clear when looking at educational images. But what about real examples?

We have a daily trading chart of the EUR/USD pair. During the strong uptrend, the price was correcting for three weeks but continued its upward movement later. 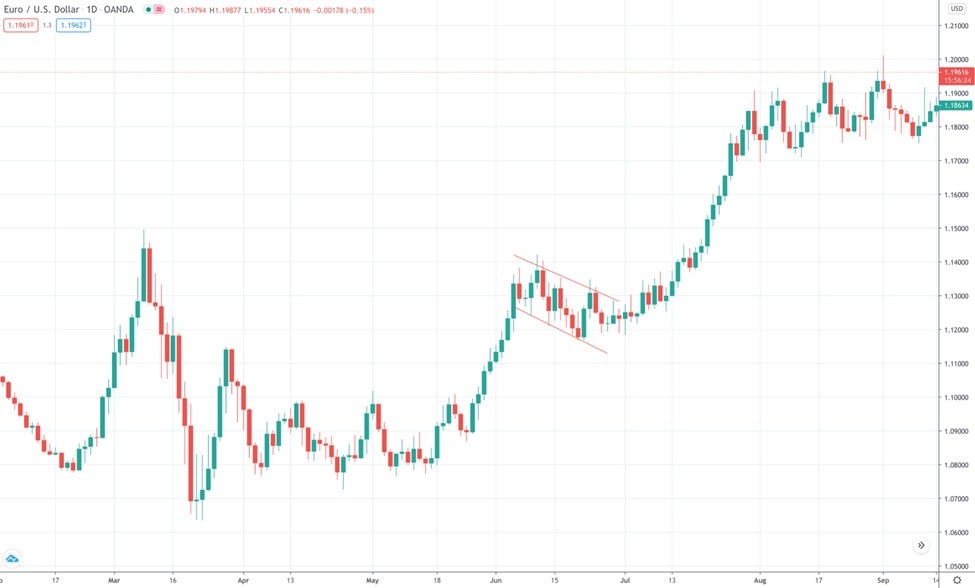 The pattern can be applied not only to the Forex market but to stock, cryptocurrencies, commodities, etc.

Advantages and Disadvantages of Trading the Bull Flag Pattern

Any technical tool has benefits and limitations. The bull flag is no exception because it's not an easy pattern.

The bull pattern is a key element of many strategies. It's helpful as it is not only a sign of the trend continuation but a tool that provides entry and limit levels.

The pattern can be used on different timeframes and for any security, including currencies, CFDs, futures, and stocks. Still, it’s more common for fx and stock markets.

The pattern is not easy for beginner traders as it resembles the rectangle chart pattern. Also, it doesn't occur on the price chart often. As with any other technical tool, it may provide fake signals.

Still, the pattern has limitations. It's not easy for beginner traders as it resembles the rectangle chart pattern. Also, it doesn't occur on the price chart often. As with any other technical tool, it may provide fake signals.

Sometimes it isn't easy to distinguish the trading flag pattern from the rectangle one.

The rectangle pattern is formed horizontally, while the bull flag is a rectangle that moves down.

Look at the picture below that depicts both patterns so that you can see the difference.

How to Identify the Bull Flag Chart Pattern

The main challenge when identifying a flag pattern is that it resembles a rectangular pattern. Thus, a trader should be careful when defining the bull flag candlestick pattern.

We list some steps that will help you determine the bull flag pattern.

Trading Volumes for the Bull Flag

To validate the formation of the bull flag in your trading, you can use the Volume indicator. The bull flag is a chart pattern that is formed within a sharp upside movement. High trading Volumes accompany the sharp rise.

When the price consolidates, the Volume indicator is anticipated to decrease as bulls are not strong anymore.

When the price consolidates, the Volume indicator is anticipated to decrease as bulls are not strong anymore. Simultaneously, the upward breakout of the flag's resistance will signal the strength of bulls, so the trading Volumes should increase. Thus, it will confirm the uptrend will continue.

Bull and bear flags are just two types of flag pattern. They mirror each other.

The key difference is that the bull flag occurs in the uptrend, the bear flag is a continuation pattern of the downtrend.

The picture below reflects the main differences.

How to Use a Bull Flag in Trading - Top Strategy

The bull flag pattern isn't particularly difficult. That's why it's used in many trading strategies.

Strategy 1: How to Use the Bull Pattern

It's the main trading strategy of the bull flag pattern.

Volatility is a crucial part of any trading. Thus, the take profit order can be too far in the highly liquid market. We would recommend using trailing take profit.

In this strategy, we will confirm the bull flag signal with the Volume indicator.

Fibonacci retracements are used as support and resistance levels. At those levels, the price is expected to retrace, so there will be a pullback.

A bull flag is a pattern of market consolidation. Fibo levels will help us define the level from which the price will rebound.

Although the bull flag seems simple, we have some tips to highlight that will help you trade the pattern without problems.

You should remember that the decline of more than 38% of the uptrend can be the first alert of the downtrend. Still, if the price doesn't decline more than 38%, there is a higher chance the major trend will continue.

Conclusion: Use or Avoid the Bull Flag Pattern

At the same time, this pattern is not so common and can provide fake signals. That's why we recommend using a Libertex demo account that allows traders to practice without any risk for their funds. The account provides real-time trading conditions and a wide range of trading instruments, including Forex, stocks, CFDs, etc.

Let's sum up the information from our tutorial.

What Is a Bull Flag Pattern?

A bull flag pattern is a short-term consolidation chart pattern formed within a sharp upward movement that signals a continuation of the uptrend.

Is a Bull Flag Bullish?

Yes, the bull flag is bullish as it signals the uptrend will continue.

How to Trade a Bull Flag?

A trader should wait for the pattern to be formed. The pattern is formed when the price breaks above the upper line of the flag. After that, the trader can open a buying position.

How Do You Identify a Flag Pattern?

A flag pattern is a correction within a strong trend. During the correction, the price should move slightly in the opposite direction to the main trend. If the price doesn't exceed a 50% deviation from the overall trend, there is a high chance it's a flag pattern.

How to Measure the Bull Flag?

To measure the Take Profit target of the bull flag, you need to count the distance between the start of the trend and the correction. This distance should be counted from the breakout of the upper boundary of the bull flag.