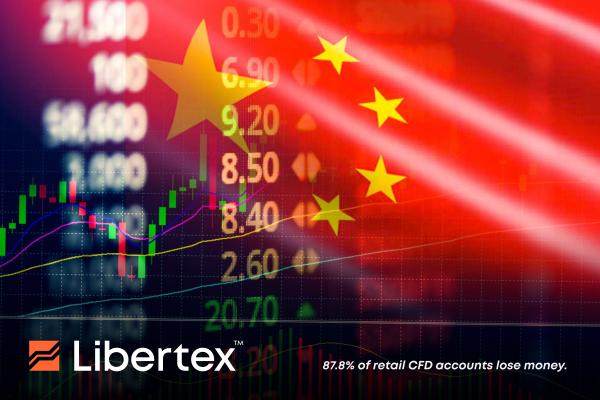 Every investor knows too well how much of a disaster 2022 was for stocks. Individual equities plummeted by up to 90%, and even major indices like the S&P 500 and Nasdaq are down around 19% and 31%, respectively. Chinese stocks suffered just as severely in 2022. Between supply chain ruptures, the Chinese Communist Party's (CCP) "zero COVID" policy and government crackdowns on big tech, China's equities market seemed to be on a never-ending downward spiral. Until it wasn't anymore.

But with all the negative news coming out of Western markets of late, you could be forgiven for missing the slow-but-steady recovery that has taken place in China over the past couple of months. It all began in early November, and since then, some of the Asian giant's biggest tech firms have gained over 30%, showing a clear bullish trend emerging. But does this mean traders and investors should move their capital into Hong Kong and Shanghai, or could this positive movement be foreshadowing a wider global recovery?

China's tech giants were making headlines for all the wrong reasons throughout 2021 and 2022 as US American Depositary Receipts (ADR) trading bans and homegrown crackdowns by the country's ruling Communist Party drove a mass exodus of investors from household names like Tencent, Baidu, Netease and, of course, Ali Baba. This latter was perhaps the worst hit as a result of its outspoken founder Jack Ma's repeated political faux pas following Chinese regulators' decision to halt Ant Group's much-hyped IPO on Hong Kong's Hang Seng exchange.

But this was just one high-profile example of a clear paradigm shift within the country. On a more general level, China's CCP had ultimately decided that it was time to reign in their own Big Tech firms, lest they become a law unto themselves. The end result of all of this was a long-drawn-out slump to ever-lower stock prices for the majority of China's tech companies. When all was said and done, Tencent, Baidu and Alibaba had lost around 70%, 60% and a whopping 80%, respectively. Meanwhile, the party's misguided "zero COVID" policy piled on the misery for Chinese business as a whole, with lockdown after lockdown stifling trade and commerce.

With the world's focus on recession-threatened Europe and the US, analysts and market participants alike completely missed the bottom in Chinese Big Tech. But since November 2022, the stock prices of Tencent, Netease, Baidu and Ali Baba have been edging up almost unnoticed by western actors. Now, these stocks are up an average of 70% in the past three months alone, and the uptrend looks set to continue. In a global equities market that is decidedly in bear territory, these are certainly not to be sniffed at.

In fact, despite the regulatory barriers and risk involved, numerous US and Europe-based investors are being tempted back to China in search of gains that are so elusive elsewhere just now. Indeed, many of the biggest hedge funds had called the bottom back in October and November, with such funds being consistent net buyers of China equities for over eight of the past 10 weeks now. And now that less major players are starting to bolster capital inflows into Shanghai and Hong Kong, we can safely say the tide has truly turned. With the Lunar New Year also just round the corner, there are further drivers of growth on the near-term horizon.

It's too early to tell whether this recovery in Chinese equities foreshadows a general recovery in risk assets globally or even whether this rally will continue into the Chinese New Year and beyond. But one thing's for sure: no other stock markets are showing anything like the positive movement currently being seen in China's tech sector. With Libertex, you can trade CFDs on some of Asia's largest cap firms, including Tencent, Baidu and Ali Baba. More conservative investors can also benefit from China-focused ETFs, such as the iShares China Large-Cap. For more information or to create an account today, visit www.libertex.com

Bitcoin market cap back above $1 trillion as crypto rot stops