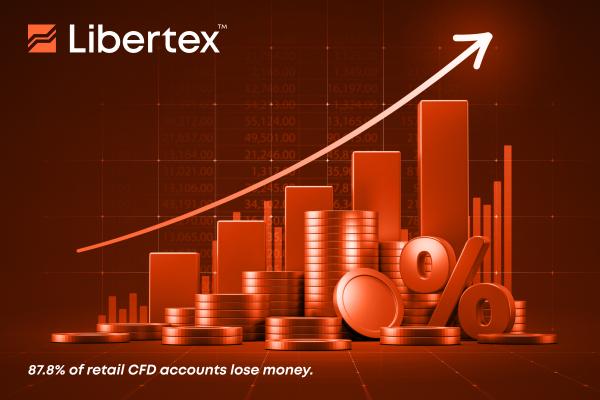 As we prepare to close the door on 2022, most traders and investors will be happy to see the back of this disappointing year for a majority of asset classes. It has seemed as though virtually everything is down, with almost no safe place for storing or growing wealth to be found. Tech stocks have been in freefall, and even major indices like the S&P 500 and Nasdaq have suffered over 20% and 30% declines, respectively. As for crypto, the carnage has been unfathomable, with Bitcoin now down 70% YTD.

This time last year, the optimism was palpable: we were finally putting the pandemic behind us, and, despite many instruments probing all-time highs, things were only going to get better…or so we thought. Sky-high inflation, a devastating energy crisis and a looming global recession have seen pretty much everything but gold and the USD's record double-digit losses over the past 12 months. But what market participants are desperate to know is whether 2023 will finally see an end to these calamities and send the bears back into hibernation.

The headline economic news throughout the past year has been spiralling inflation, with the indicator pushing double digits throughout much of 2022 and reaching a high in the EU of 18% in September. Obviously, this has wreaked havoc on the buying power of ordinary consumers and, by proxy, the exchange rates of all European currencies. This has, in turn, meant a reversal of capital flows into risk assets like stocks and crypto. Of course, holders of USD, gold and other commodities might well have preserved their wealth or even gained slightly, but compared to the bumper profits of 2021's bull market, these were paltry at best.

The Fed has now raised rates by a total of 425 basis points since the start of this year, which has helped the US avoid the worst of it. Europe's central banks have now mobilised to bring this runaway inflation into check, with the Bank of England and ECB hiking their respective key interest rates by 340 pts and 250 pts, respectively. Now, inflation in the Old Continent is below 10%, and the ECB's latest macroeconomic predictions see it moving as low as 3.6% by the end of 2023. According to different economic analysts, in such a scenario, equities and other risk-on instruments are expected to recover in line with consumer spending power.

Keeping the lights on

If hyperinflation wasn't bad enough, Europe's residents have also had to contend with a serious fuel crisis. Natural gas prices rose almost 400% from January to August 2021. Though they have since dropped significantly to €92.50 per MWh, even now, prices are still almost 500% higher than in 2020. Meanwhile, wholesale electricity costs have more than doubled in 2022, with fuel now ten times more expensive than it was two years ago. Of course, the impact on households has not been quite severe, but still significant enough to reduce disposable income by some margin. The resultant drop in consumer spending has had knock-on effects for manufacturers, leading to a stagnation of stock prices in the sector.

As with any complex crisis, the reasons are varied and include geopolitical instability and the associated tariffs on producing countries, the unexpected decommissioning of the Nord Stream gas pipeline, and an over-emphasis on expensive and insufficient green energy at the expense of nuclear power. As an energy-heavy industry, crypto mining has understandably been hit hard by this reality. The rapidly rising cost of mining, coupled with low coin prices and increased difficulty, has created a negative feedback loop of declining prices. If prices stabilise below the cost of mining next year, however, market analysis predicts that we'll see a new bull cycle emerge.

As much as governments might try to postpone the inevitable, it looks like we will soon have to accept the reality that many of the world's economies are now in a technical recession. The combination of rampant inflation, soaring fuel and commodities costs, and supply chain ruptures linked to China's zero COVID policy has been devastating for the business community and global trade in general. A Reuters poll put the probability of a eurozone recession within one year at 78% as Brussels admitted that we could expect to enter one by the New Year. Meanwhile, the UK's GDP has already fallen (-0.2%) for a second consecutive quarter, which means Britain is already in a technical recession.

As scary as that might first sound, the outlook is not quite as bleak as we might think for Europe. Indeed, in a recent report, Goldman Sachs predicted "a shallower recession" for the EU, claiming that "the euro area economy will contract by only 0.7% from Q4 2022 to Q2 2023 (vs 1.1% before)". A recession of any kind is obviously not the best news for commodities and manufacturers, but a mild one could be good for consumer staples, the US dollar and gold as the poor tighten their belts and the rich look for safe havens for their wealth. In any case, we will have to keep an eye on PMI and GDP data throughout H1 2023 in order to try and spot the point of reversal.

Carry on with Libertex

As we bid farewell to 2022, Libertex remains hopeful for a prosperous 2023. Check out our website or app for the full list of available CFDs, spanning a variety of asset classes, such as stocks, indices, commodities, futures, forex and, of course, crypto. We wish you all a wonderful holiday season and can't wait to welcome you back for a (hopefully) profitable 2023!