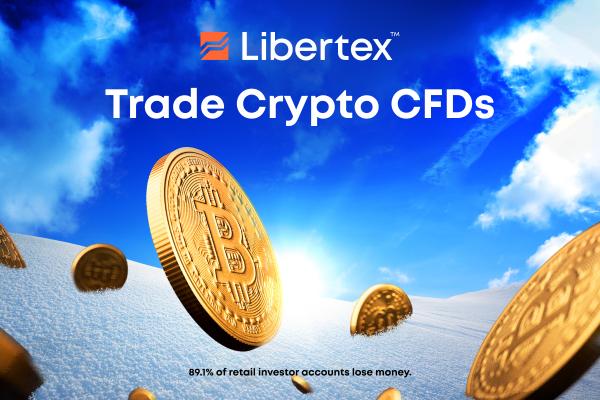 Bitcoin market cap back above $1 trillion as crypto rot stops

The cryptocurrency market was one of the worst performers of 2022, with prices of many of the major coins falling by over 70%. In fact, the market capitalisation of the original digital currency, Bitcoin, fell from well over $1 trillion to just a shade over $300 billion by December 2022. Hoards of miners and crypto-heavy funds were forced to file for bankruptcy. Then the infamous FTX collapse threatened to sound the death knell for the entire sector. But, as is often the case in financial markets, this moment of peak pessimism actually turned out to be precisely where the bottom formed.

That's right. Against the predictions of even the most relentlessly rabid of crypto bulls, the New Year started with a resounding bang for digital assets. In just a little over the first two weeks of January on the clock, Bitcoin managed to rise around 25%. And though there has been a slight correction since then, it is clear now that this is more than just another crypto bull trap. But what is behind this sudden change of fortunes, and is it safe to call the reversal so soon? In this article, we'll discuss the current situation in this highly volatile sector and look at the analysts' best guesses for the rest of 2023.

It's not just Bitcoin

As has often been the case with the crypto sector, Bitcoin tends to set the trend, and we then see similar movement across the wider market. Well, this time appears to be no different, with the next two biggest projects by market cap (Ethereum and BNB) similarly gaining 20-25% over this same period. However, certain coins managed to gain significantly more than the founding father of digital assets. Avalanche (AVAX), for instance, has managed to gain over 50% since 1 January, while Solana (SOL) has more than doubled in value over this same period.

While there has certainly been some fundamental news that could explain this asymmetric growth — such as AVA Labs' freshly signed collaboration deal with Amazon and its Amazon Web Services (AWS) cloud-computing arm and the launch of Solana's memecoin BONK — there is also a deeper force at play. The explosion of demand in the DeFi and dApps spaces is naturally driving up tokens and blockchains like AVAX and SOL, which are uniquely suited to these kinds of applications. In fact, many analysts, including the Motley Fool, predict that these two projects will be the biggest gainers of 2023 due precisely to these factors.

It was once the case, not that long ago, that the cryptocurrency market was virtually devoid of what many term "smart money". It was a disorderly, unpredictable free-for-all dominated by devil-may-care retail traders with zero accountability and no quarterly or even annual targets. Together, these features all contributed to the sector's infamous volatility and made it extremely difficult to forecast movement. But all that changed during the pandemic. After many years on the sidelines, the funds started piling into digital currencies, and by December 2020, they already had over $15 billion under management.

Then, just twelve months later, this figure had risen to over $65 billion. One undeniable advantage of this new injection of capital has been the increased predictability that institutional money brings. Thus, when their crypto investments shrunk by 95% over 2022, it was clear to analysts that a bottom must be close at hand. Finally, when the tide turned and inflows began to overtake outflows in the second week of January, the foundations were laid for sustained growth as the year progresses. It's still too early to tell whether the reversal is complete, but savvy investors will continue to watch the weekly inflows report to see if a firm uptrend emerges.

Risk on, risk off

Now that we've established that the cryptocurrency market is gradually maturing to become a bona fide asset class like equities, commodities or futures, we have to accept that it will also be increasingly susceptible to economy-wide factors influencing investor behaviour. Well, you'd have to have been living under a rock not to have noticed the rampant inflation and seemingly ever-present threat of recession that ruled 2022. Unsurprisingly, economic turmoil and uncertainty tend to wreak havoc on risk assets, and this past year was no different. It's no coincidence, then, that stocks, ETFs and crypto were some of the worst-hit instruments over the last 12 months and that the looming spectre of eurozone and US recessions have kept many of these risky asset classes flat into the New Year.

What is unusual, however, is that the historically volatile and inherently riskier crypto market was the first to rebound significantly, more than doubling gains made by even the best-performing US stocks. Could this be a sign that digital assets are now leading risk-on assets as a whole, or is it just more proof of crypto's native unpredictability? As the wider global economy continues to outperform expectations, it could well be that a V- or U-shaped recovery is on the cards, with digital assets priming themselves to lead the risk-on pack into a new bull cycle.

Trade CFDs on crypto with Libertex

Libertex offers both long and short positions, and you can trade whichever trend you like. Over 150 CFDs on different digital asset pairs are available, including Bitcoin, Ethereum, Avalanche and Solana, so you most likely will be able to find an underlying asset to pique your interest. What's more, the unique advantage of CFDs means that there's no need to physically own the coin or token you wish to trade, you can buy or sell at any time and simply collect the difference. For more information about our extensive crypto CFD offering and highly favourable commission structure, visit www.libertex.com/cryptocurrencies

Risk Warning: CFDs are complex instruments and come with a high risk of losing money rapidly due to leverage. 89.1% of retail investor accounts lose money when trading CFDs with this provider. Tight spreads apply. Please check our spreads on the platform. You should consider whether you understand how CFDs work and whether you can afford to take the high risk of losing your money.