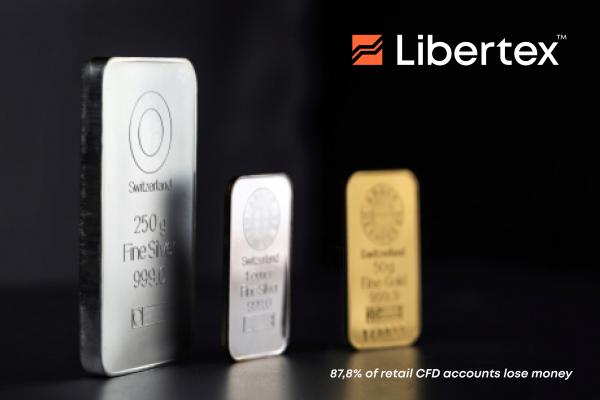 The post-pandemic era has been characterised by both supply-side and demand-side deficits in a range of commodities. The prices of everything from fuel and energy resources to household goods and even industrial raw materials have been gradually driven up by inflation. One asset class has defied all logic these past two years, though: precious metals. Conventional wisdom and the historical record would dictate that gold and silver should have enjoyed huge gains during this protracted period of economic uncertainty and price pressure, but the reality is very different.

The two major precious metals are actually down over 10% from their January 2020 levels. While the whys and wherefores are certainly interesting, traders and investors are more interested in where they’re now headed. So, without further ado, let’s see what the technical analysis says about their likely future trajectory!

FED up with inflation

As we are all aware, price pressure has been worryingly high for some time now, which should translate to higher gold and silver prices. Unfortunately for gold bugs, though, central bank policy has seen things unfold very differently. The Federal Reserve has been battling inflation with a strong hawkish stance and multiple meaty rate hikes over the past year. After a succession of 0.75% increases, we are now hearing talk of a full 1% key rate hike to come before year end.

Following late September’s CPI report and Powell’s affirmations, gold dipped below its $1,700 an ounce support and has now fallen as low as $1,620. Analysts had spoken of the risk of a break below the key support between $1,680 and $1,675, with many predicting serious declines to as far as $1,500 if this level is breached. Now that this has come to pass, it could well signal the end of gold’s three-year bull market.

If you’ve been following the forex market at all in recent weeks, you’ll know that the dollar has reached a historic parity with the euro. Apart from ravaging the competitiveness of US exports, this has resulted in soaring T-note yields. Bar the 10-year, every single US government bond now pays above 3%, and with a Fed firmly committed to hawkish policy, the only way is up from here.

For ease of access and liquidity, investors would much prefer to hold US dollars as opposed to gold or silver. That being the case, demand for precious metals is sure to suffer in an environment where the dollar is able to outperform most haven assets. As we await the latest euro area inflation data to see whether the ECB’s rate cuts have put a dent in inflation, we can expect a lot of volatility in the EURUSD pair. It would appear that the recently formed falling wedge pattern has fallen flat, and so a reversal in the near term is now unlikely. If the dollar does continue to strengthen against its major competitor, then gold and silver should expect the low demand for metals to persist.

Short-term signals and technical patterns are, of course, invaluable tools for any trader or investor, but we ought to remain mindful of the “super-cyclical” nature of commodities, gold and silver in particular. They simply don’t play by the same rules as most other financial assets. Take the GFC of 2008 and the ensuing commodities bull market: stocks had hit their bottom and were almost back at pre-crisis levels a full year before gold hit its 2011-12 peak of $1,800, a level that is still within touching distance a decade later.

This goes to show that the precious metals cycle is frequently out of step with risk assets, and thus, declining stock prices can be viewed as a leading indicator of gold growth to come. Indeed, the IGCS shows that retail traders are currently distinctly long on gold, with 86% of traders currently holding long positions. The general consensus is that gold and silver prices will hold relatively steady at current levels until central bank policy or runaway inflation cause a severe break in the economy. Then, experience would suggest that we will see a precious metals bull market lasting at least 12-24 months.

Go for CFDs on gold with Libertex

Libertex offers trading in a vast array of CFD underlying assets, including precious metals like gold and silver. Libertex supports both long and short positions, and it has ultra-low spreads. For more information or to register your own trading account today, visit www.libertex.com/sign-up

Don’t take your foot off the gas