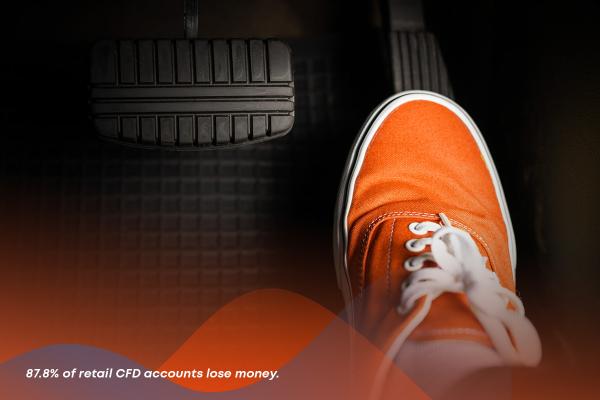 Don’t take your foot off the gas

It doesn’t seem all that long ago that we were talking about an energy crisis the likes of which we’ve never seen before. As European gas prices peaked above €300 per MWh in August, the world was terrified of what carnage the heating season would wreak on already suffering consumers. But now, as the Old Continent prepares to dust off its radiators, futures in the precious fuel of natural gas are hovering around €100 per MWh, a level nobody would have predicted just a couple of months ago. And it doesn’t stop there. After at-the-pump petrol prices more than doubled, Brent oil is now down almost 30% from its annual high of $127.98. So, what factors are behind this seemingly illogical (albeit welcome) drop in fuel costs, and how can traders take advantage of this trend?

Climate change to the rescue

As serious as global warming may be, it might have just saved many Europeans’ bacon this year. The unseasonably mild autumn we’ve experienced thus far has meant that many households have not yet turned on their heating. At present, temperatures across Northwest Europe, which includes the continent’s biggest consumers Germany and France, are above the long-term average. Meanwhile, the latest forecasts call for further above-normal readings into early November. As a consequence of this, gas prices are expected to remain subdued for at least the next month. Naturally, this doesn’t mean the worst is behind us. Not by a long shot. Many experts have predicted an unusually cold winter to come. As such, when the inclement weather does arrive, there’s nothing to prevent gas prices from skyrocketing in the absence of a long-term resolution to the ongoing supply-side issues.

Beyond the atypically warm weather, there are, of course, other factors at play. As prices were rising uncontrollably, Europe went on a buying spree to ensure it wouldn’t be left out in the cold come winter. As a result, the EU’s gas storage facilities are now at 93% capacity, which means that European governments simply have nowhere to put any additional natural gas they might wish to buy. And with the reduced consumer heating use, they aren’t even able to use up some of their existing reserves and replace them with this relatively cheap gas currently available.

All of this has meant that demand for natural gas is well below the average for this time of year, which is, in turn, pushing down open market prices. As such, we can expect the current downtrend to continue until the cold weather finally arrives. All in all, it appears as though the crisis everyone expected following the sabotage of Russia’s Nord Stream gas pipeline has been averted…at least for now. Given many European countries’ preparedness, a standard to mild winter could actually see prices avoid another spike and perhaps even fall slightly further.

What about the US?

With all this talk about Europe, it’s easy to forget that there are other key natural gas markets in the world. The US, for instance, is a major producer of the resource, and, with Russian gas likely to be a much smaller share of the energy mix this winter, prices across the pond have taken on special significance this year. US percentage price action has actually been quite similar to Europe’s, with gas now 40-50% cheaper than two months ago. The Henry Hub is currently trading at $5.17 per 1 million BTU (0.3 MWh), which is significantly cheaper than anything available in Europe right now.

Even after the recent dip, European gas is still almost 20 times the price of its US counterpart. If transporting it wasn’t so cost-prohibitive, we might have been able to resolve the energy crisis rather easily. For ordinary Americans, retail prices have increased over the past year or so, but it hasn’t been anywhere as dramatic as it has been for Europeans. US prices have been significantly higher than their current levels for almost ten out of the last twenty years, whereas the Dutch TTF is displaying prices that are around four times the average historical price per MWh. In an uncertain economic climate such as this, this reality is clearly unsustainable for the EU and will surely foster the political will for a resolution to the geopolitical conflict on its border.

With ongoing political and economic instability around the world and a cold winter just around the corner, nobody can be certain as to where the energy markets are headed in the short-to-medium term. However, with Libertex, at least you can be sure you’ll have the possibility to trade gas-related CFDs long or short for maximum diversification. Libertex’s extensive range of CFDs includes the Henry Hub natural gas index for those who prefer to trade the underlying commodity directly. We also offer a wide variety of energy-related stock CFDs, such as Gazprom, Petrobras and Exxon Mobil. It’s completely up to you! Take advantage of tight spreads and low commission and trade at your convenience in our multi-award-winning app. For more information or to create your own account today, visit www.libertex.com