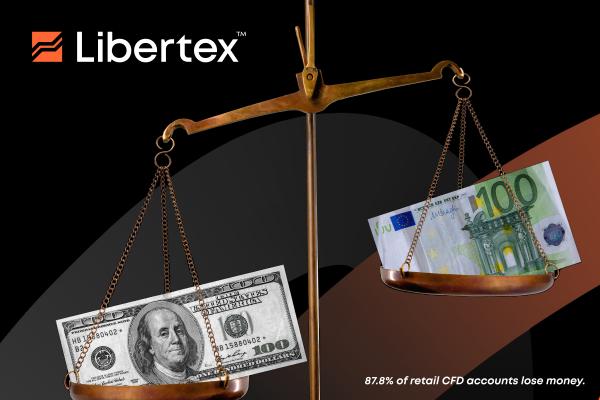 Dollar dominance drags on as Europe edges towards recession

Headlines were made when the value of one euro fell below that of one US dollar back in September of this year. That key technical and psychological level – parity, as it is commonly called – had not previously been breached in two decades. It was, and remains, a big deal. Two months on and it appears as if EURUSD could now be stuck in a sideways channel between 0.97-1.00, from which it might well struggle to break out anytime soon. This, in theory, makes European goods more attractive to US consumers, but the general economic climate and high fuel costs are actually producing bigger deficits than ever before. Does this mean Europe will fall into recession and what will be the implications for the EURUSD and risk assets if it does? What is behind this illogical crisis and how can investors protect their capital?

Goldman Sachs has predicted that the single currency will remain at or below parity for as long as gas prices remain at multi-year highs. At their current levels of about 300% above what is considered normal, many businesses have been forced to increase prices of finished goods significantly, negating any exchange benefits from the single currency’s relative weakness. As European countries are now paying exorbitant prices for energy, traditional business centers have deteriorated significantly. After decades of surplus, Germany, for instance, is now running a trade deficit. This means that there is now an excess of euros in international financial markets, thus weakening the currency against its major competitors. It is like an uninterrupted negative feedback loop of sorts. Higher prices make EU-manufactured goods more unpopular, which then makes euros more unpopular. A radical change beyond the power of price discovery will be required to break the cycle. Unfortunately, it doesn’t look like gas prices will fall significantly anytime soon – not until the ongoing political instability to the East is resolved, at least.

To ignore the impact of central bank policy in explaining the origins of the euro’s current woes would be remiss at best. It is self-evident that sharp interest rate hikes by the US Federal Reserve have helped buoy the US dollar by boosting the attractiveness of US assets. After all, the Fed has notably raised borrowing costs by 375 basis points since March, which is significantly faster than its European counterpart. Faced with major inflation amid the aforementioned energy crisis, the ECB has been restricted to an increase of just 200 basis points over the same period. The US regulator is now predicted to raise its funds rate by a further 50 basis points (to 4.25-5%) before year end in line with its “dot plot” median projection. The European Central Bank is also tipped to increase its own rate by 50 basis points, but this will only place it at 2.0%, which is still significantly below the Federal Reserve’s. If recession does then arrive as expected, one would expect the euro to continue to crash as investors look to move more capital into high yielding government bonds.

A deadly combination of higher energy costs, low consumer confidence, and reduced economic activity in general has been understandably devastating for sales across the European Union. This has been aggravated even further by global inflation-fueling factors, such as supply chain ruptures and geopolitical instability. In light of all of the above, a recession seems inevitable for many analysts. Despite this, Eurozone retail sales did manage to rebound in September. According to Eurostat, the indicator rose 0.4% from August instead of declining 0.3% as predicted. Nevertheless, most economists agree that this modest boost in September is unlikely to be the turning point. The latest statements from senior ECB officials predict a euro area recession starting in Q4 2022 and lasting through until Q1 2023. Historical data indicate that the single currency tends to perform poorly during eurozone recessions. Over the last three EU-wide recessions, the euro suffered most between Q3 2011 and Q1 2013, losing 8.9%. Its best performance came between Q4 2019 and Q2 2020, during which time it gained 2.5%. If the US is able to avoid a recession of its own, then the downward pressure on EURUSD would be amplified further. In such an eventuality, risk assets would become even less attractive and savvy investors would naturally gravitate towards a >4% yielding US treasury bond over a sub-2% European alternative.

Trade the Fibre CFDs with Libertex

Whichever way you think the currency market is headed, you can always have your say with both long and short positions from Libertex. Since Libertex offers not only EUR/USD CFDs but also a wide variety of other major Forex CFDs, such as GBP/USD, AUD/USD and USD/JPY, you’re sure to find something to tickle your fancy. What’s more, Libertex also offers leveraged trading of up to 30:1 for all major currency pairs, enabling you to maximise your potential gains. For more information, or to create an account of your own, visit www.libertex.com or download our handy trading app from the Apple or Google Play stores.