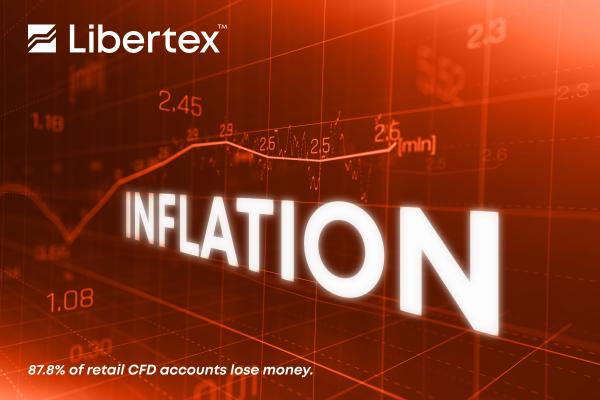 As the end of 2022 approaches, many of us will be happy to see the back of what has been one of the toughest years in recent memory. Not only have a majority of instrument classes seen devastating losses but the world has also been plagued by runaway inflation, energy insecurity and supply chain ruptures. Virtually all risk assets have been in freefall, with tech stocks and crypto particularly hard hit.

Gas and oil prices have risen to unsustainable levels, along with the prices of most everyday staples. The impact has been even more dramatic for Europeans, with the euro and British pound losing serious ground against the dollar. Even gold has been relatively flat considering the extent of the economic carnage experienced. So, what were the mechanics behind this maudlin market situation, and will 2023 finally bring some much-needed respite to tormented traders and investors everywhere?

Taking stock of the damage

It's no secret that equities have been on the decline since November 2021. But while many expected a short-lived correction, stocks have defied the odds to edge ever lower over the past twelve months. The premier US index, the S&P 500, has dropped 15% on average since the start of the year, while the tech-heavy Nasdaq is down almost 25% over the same period. For individual companies, the losses have been exponentially higher. Take 2021's darlings Tesla (TSLA), Netflix (NFLX) and PayPal (PYPL), for example, all of which are down over 50% YTD.

While it's easy to panic in the face of such declines, it's actually totally normal in times of economic strife such as these. We have, indeed, seen a general flight from risk during these uncertain times, and it's unsurprising that the most overvalued equities have suffered the worst. Recent upticks in both indices and individual stocks over this last quarter, coupled with ECB Vice-President Luis de Guindos' recent confirmation that inflation is slowing, could indicate a bottom has already been reached. Thus, investors who have been dollar-cost averaging over the 2022 bear market may well reap the rewards in the new year.

In light of the flight from risk discussed above, it's hardly shocking that cryptocurrencies have recorded the most disastrous declines of all asset classes this year. Both Bitcoin and Ethereum are now down an average of 75% from their all-time highs, and some lesser-known coins and tokens have lost over 90% of their value over this same timeframe. Not to mention some outwardly promising projects that have disappeared completely along with billions of investors' money, such as Terra and FTX. As we mentioned, it's quite normal for the most volatile and inherently risky instruments to lose the most in precarious markets. This shouldn't deter investors from holding cryptocurrency for the long term.

Perhaps the most worrying aspect of this crypto winter, however, has been the mass bankruptcies of all too many overleveraged public miners. Compute North is one high-profile name that has already gone, with Core Scientific on the brink. After selling all their coin reserves to keep the lights on, they're now being forced to sell off state-of-the-art ASICs at a fraction of their cost, to the delight of their better-capitalised colleagues. However, once the chaff has been cleared and rewards begin to rise, 2023 could certainly generate new highs in digital assets. According to Huobi Global, at least, BTC should hit a $15,000 bottom by March 2023, paving the way for a new leg up in the final three quarters of the year.

The high volatility of crypto is well documented, but traditional currencies are expected to be about as stable and predictable an asset class as they come. Well, 2022 saw that trend well and truly bucked as fiat had one of its most rollercoaster years on record. EUR/USD fell below parity for the first time in 20 years, while the dollar's value soared against a majority of the world's majors. Inflation was naturally a major factor in this unusual scenario, but its impact was then further exacerbated by increased dollar demand in the face of twin liquidity and energy crises. The greenback is still the world's reserve currency, and market participants tend to flock to it during tough times. Not to mention that the global oil trade is conducted in USD.

There has been much talk of Fed money printing devaluing the dollar, but the truth is this money never makes it into the real economy and thus has little effect on the actual USD supply. The demand for dollar-based collateral in the form of short-dated T-bills from the multi-trillion-dollar derivatives market, on the other hand, has worked to drive up the value of the US national currency significantly. With the Fed taking care of demand-pull pressures via sharp interest rate hikes and the expected shift from futures and options to physical securities in 2022, the year ahead should be characterised by a normalisation of the EUR/USD and GBP/USD cross rates going forward. Indeed, Citibank's six- to twelve-month EUR/USD forecast stands at $1.05, rising to a much more familiar $1.10 over the long term.

Has gold lost its shine?

Since as early as 2020, just after the pandemic struck, analysts everywhere have been tipping gold to outperform. It stands to reason, right? Testing times and economic pain have almost always been a boon for the yellow metal. The only thing that has proven even more profitable has been periods of hyperinflation. So, when price pressure hit 10% this year, you could forgive gold bugs for expecting massive gains in precious metals. However, despite a relatively positive first quarter, gold entered the final month of 2022 at basically the exact same level ($1800 per Troy ounce) as it was 12 months ago.

What's the reason for this paltry performance? It's all down to the dollar, of course. Because gold prices are quoted in USD, the metal appears to have traded flat all year. However, if we scratch the surface, we see that inflation means the dollar has actually appreciated by around 10% YTD. As a result, we can say that gold has also gained around the same. Confusing, we know. But if we look at the price per gram in euros, the picture becomes much clearer. Spot prices in Europe are up almost 8% from €50.49 to €54.53. As such, gold has, in fact, performed its role perfectly by preserving its holders' spending power throughout this turbulent year. In fact, analysts from Saxo have claimed gold could slice "through the double top near $2,075 as if it wasn't there and hurtle to at least $3,000" in 2023.

Dollar dominance drags on as Europe edges towards recession