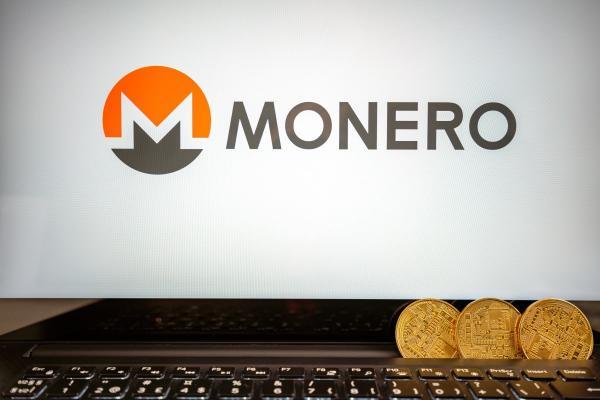 What is Monero (XMR)?

Oct 24, 2018
Tom Tragett
It is no secret to anyone that hundreds of cryptocurrencies have been launched in the market in recent years and that each of them has achieved success in its own way. That is to say, each of them has shone for a certain particularity; some for allowing the public to view all transactions, others for offering optional privacy or for keeping it as implicit.

So, what has made Monero so popular? The answer is very simple: its features oriented to the total privacy of its users... but this is not everything. That is why in this guide we will explain everything that is behind it and what makes it so special.

The first thing you have to know is that it is a monetary system whose premise is the security of its users, privacy and the fact that it is impossible to trace. To achieve this, Monero uses special cryptography that, in turn, is responsible for guaranteeing the confidentiality of all its transactions, in order to prevent them from being linked to a user.

Monero: What It Really Is and How It Works 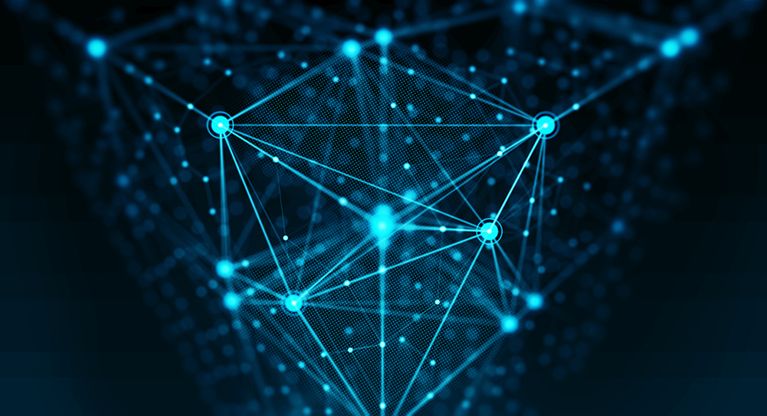 Monero (XMR) was launched in 2014 as a cryptocurrency created through blockchain and that operates as such. These blockchains are public ledgers where all the transactions and activities of the users that make up said network can be seen.

In the case of Monero blockchain, it has been created to completely hide the identity of its users by disguising the addresses used by them. When making a transaction, it will not be possible to visualize the identity of the senders or recipients, nor the amount of the transaction.

On the other hand, the mining of this cryptocurrency is completely different and is based on an egalitarian principle, which establishes that all people are equal and, therefore, deserve the same opportunities. This explains the fact that, during the launch of Monero, its main creators and developers did not personally attribute the achievement, since they had counted on the contribution and support of a large community that allowed the virtual currency to be further developed.

Thus, in their mining process, the miners obtain rewards for the activities they perform, joining a mining pool that allows them to mine collectively or individually. In addition, the process can be done from any computer and with any operating system (Windows, MacOS, Linux, Android or FreeBSD) without the need to install special hardware, such as ASICs (Integrated Circuits for Specific Applications).

The ring signatures and the stealthy addresses have been the technological key that have allowed the unchanging privacy of Monero.

These signatures are those that allow the user who is sending the cryptocurrency to remain anonymous against the other users of the group. These are anonymous digital signatures that do not reveal who signed the transaction.

In order to generate these signatures, Monero uses a combination of keys from the sender's account and associates it with other public keys that are part of the blockchain, making it a unique and private signature. This process allows the identity of the sender to be hidden and makes it impossible to determine which was the key used by one of the members of the group for the complex signature to occur.

For its part, stealth addresses are responsible for providing even more privacy. These are generated randomly for each of the transactions that carry the name of the recipient to hide their true address and in turn, hide the identity of the recipient.

What Is the Difference between Monero and Bitcoin? 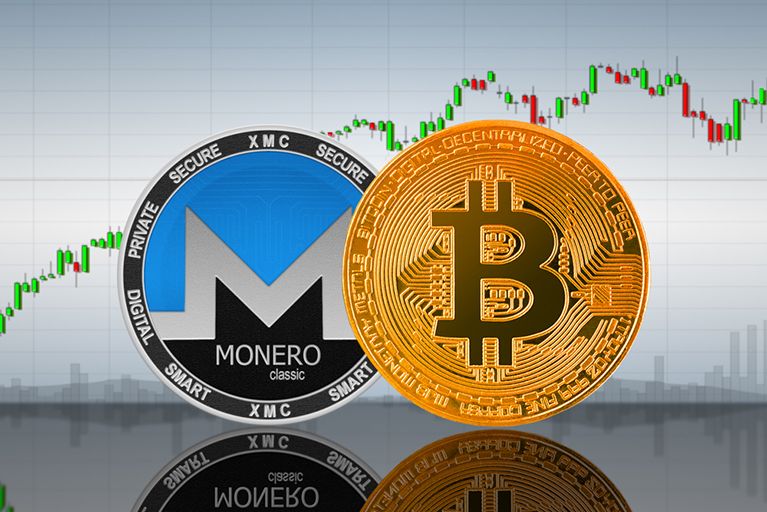 Bitcoin was the first cryptocurrency created and launched on the market in 2014. It works as a protocol that protects the identity of its users through pseudo name addresses, that is, combinations generated randomly with letters and numbers.

The truth is that, despite being extremely private, all Bitcoin addresses and transactions are registered in the blockchain, so they can be seen by any user who wishes to do so. Even the mentioned pseudo-name addresses are not entirely private, since the transactions carried out by any user can be linked to the same address and, therefore, the public, the government or any other person, would have the possibility to watch it.

Another advantage that Monero presents against Bitcoin is its fungibility, which means that two units of Monero can be substituted mutually and there is no difference between the two. For example: if you have two $1 bills, even though they have the same value, they are not fungible, since each one has a unique serial number. The same happens with Bitcoin.

On the other hand, two pieces of gold of the same grade and weight have the same value and are fungible since they do not have any characteristic that distinguishes them. This is how Monero works.

Finally, Bitcoin registers each of its transactions in the blockchain and this serves to detect fraud, gambling or theft in which a certain amount of Bitcoin is involved. If this is the case, the accounts involved in the illegal activity are blocked, suspended or closed.

Monero's transaction history, on the other hand, is not traceable. What it offers its users is to be part of a much safer network, where retention or rejection by other users who consider that their coins are of dubious origin is impossible.

Why Does Not Monero Need an ASIC?

The manufacturing costs of ASIC for Monero would be very high and, therefore, would not be worth it. That is why it is said that it does not really need it.

At the end of 2017, the main producer of ASIC hardware, Bitmain, made an announcement where it clarified that it would produce similar hardware to extract the CryptoNight algorithm and guess what... Monero is one of the select cryptocurrencies that makes use of this algorithm, so they decided to make some changes. First, they updated its algorithm. Second, they modified the work test protocol.

The fact that Monero does not need an ASIC is the basis of its decentralization. In the same way, as Monero indicates in his blog, centralization begins when the ASIC's are introduced in the system, because only a few companies are capable of creating hardware of that magnitude. So, if one of these companies wants to implement a change, the platform could be compromised.

That is why the main developers and the Monero community are constantly updating the Hash algorithm, in order to avoid the use of ASIC's at all costs.

The privacy offered by Monero has been the main feature that has attracted many investors... but has also brought in problems.

The privacy and the fact of making the searches impossible allow Monero to be used for illicit activities in markets where drugs and games of chance are present. In fact, in markets of the dark network, such as Oasis and AlphaBay, there has been a greater use of this cryptocurrency.

The hackers have been responsible for creating software that directly affects computers, managing to mine Monero and send it to North Korea. So, while privacy and evasion of the law by Monero has brought beneficial consequences, it also presents high risks that must be studied before performing any transaction.

The Future of Monero

There is no doubt the future of Monero is projected even more open and decentralized, which will make it an even more attractive cryptocurrency for those who have privacy as a premise.

In addition, being one of the few coins that have not been created based on Bitcoin, its potential is unlimited and its growth in such a short time has proven it. Its future seems really bright and attractive for those looking to invest.

How Can You Buy Monero? 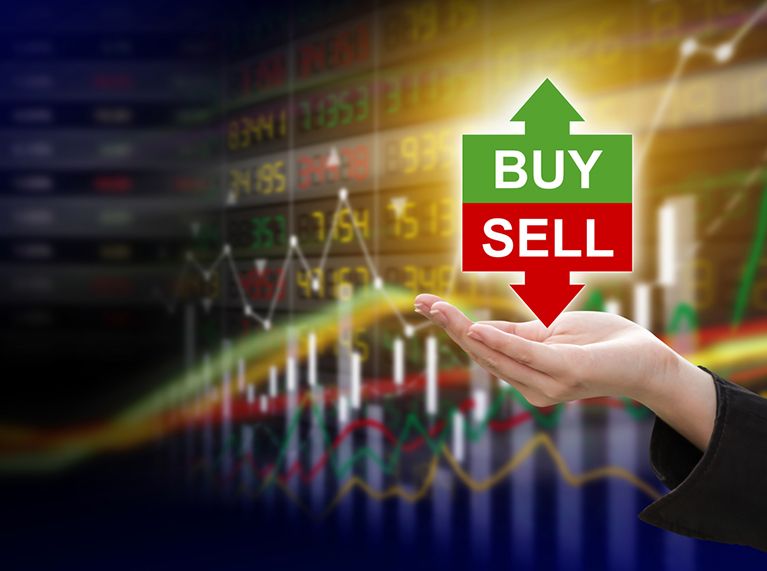 The Monero platform recommends that the best way to acquire your XMR tokens is to acquire a Monero wallet before making the first purchase. This is because the platform operates with its own wallet and that this in turn is compatible with many of the operating systems. Then, you will need to choose the type of exchange you want to make, that is, if you will use fiat money to make the purchase or another cryptocurrency.

It is necessary to bear in mind that the purchase or exchange of cryptocurrencies involves a series of difficulties. For example, the registration in the market, the verification of the account or the possibility of facing hackers who steal your funds. In addition, and due to the high volatility of the market, you run great risks of losing money. One of the clearest examples can be seen with Bitcoin and the depreciation of the value of its token.

But not everything is lost and your entry into the cryptocurrency market is closer than you think, there is a solution that will allow you to earn money even when the price of cryptocurrency decreases: a CFD (Contract for Difference). These allow you to open long and short positions, as well as offer you the leverage: invest significantly higher amounts than you have at the moment.

Libertex offers you to operate with CFD right now and completely free. You only need to register and get a free demo account where you can practice trading whenever you want, without any additional cost. In case it's not enough, our knowledge base will help you to know and master everything related to trading. Once you get started, you'll begin earning real money... Become a trader with Libertex now!