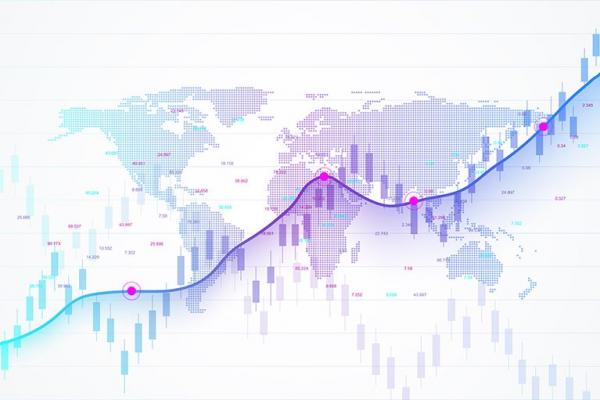 What Is a Stock Index?

A stock index is used to describe the stock market's performance or a specific part of it and compare the returns on investments. In general, an index uses a weighted average of stock prices. The Nasdaq, S&P 500 and Dow Jones Industrial Average are examples of stock indices. In this article, we'll tell you all about them and how to make money with them.

A stock index is used to describe the stock market's performance or a specific part of it and compare the returns on investments. In general, an index uses a weighted average of stock prices. The Nasdaq, S&P 500 and Dow Jones Industrial Average are examples of stock indices. In this article, we'll tell you all about them and how to make money with them.

What is an index?

Since it would be too difficult to track each and every security traded, we'll take a smaller sample of the market that is representative of the whole, just like pollsters use surveys to measure a population's sentiment. This smaller sample is called an index, a statistical measure of changes in a portfolio of stocks that represent a portion of the overall market.

Investors and other market participants use indices to track the stock market's performance. A change in the index price represents an exactly proportional change in the stocks included in it. If an index rises by 1%, it means that the stocks that make it up have also increased by an average of 1%.

Suppose we created an index to track the price of a gallon of milk.

The initial index value is 1.

You might find the milk index very useful if you were a milk distributor. You could use it instead of going to the store every day to write down the prices of each competitor's milk and draw an average.

Stock indices are used in different ways by traders, economists and academicians.

In 1896, Charles Dow, along with his fellow journalist Edward Jones, founded Dow Jones & Company and created the Dow Jones Industrial Average (DJIA), the second-oldest stock exchange index in the world (the oldest is the Dow Jones Transportation Index, also created by Dow). At that time, the DJIA contained 12 listed companies, including General Electric, the only original constituent remaining in the index. Today, the Dow is a benchmark that tracks 30 of the largest and most influential companies in the US and is one of the best-known indices in the world.

The original function of the indices was to act as a barometer of the stock markets, offering observers a concrete measure of investors' appetite or potential IPO prospects. They still do this, up to a point.

In the 1920s, the indices had evolved from barometers to benchmarks intended to measure market performance. In the 1960s, designed with the Capital Asset Pricing Model (CAPM) and with the capitalisation weighting structure in mind, the indices were used to describe the reference market from which they could be compared to the results of active investment managers.

How indices are calculated

Before the digital era, calculating the price of a stock index had to be as simple as possible. The original DJIA was calculated using a simple average: add the prices of the 12 companies and divide it by 12. These calculations made the index an average, but it served its purpose.

Today, the DJIA uses a different methodology called weighting, which is based on price, where the constituent companies' stocks are weighted according to their prices. To calculate the index, the current prices of the 30 shares are added and then divided by what is known as the Divisor Dow. This number is used to maintain the historical continuity of the index. This number is continuously adjusted to consider changes in the market, such as equity divisions, spin-offs and any changes in the Dow components. In 2008, for example, the value of the Dow Divisor was 0.125553. As of December 2021, it's 0.15172752595384.

Most indices weigh companies according to their market capitalisation instead of their stock price. If the market limit of a company is $1,000,000 and the value of all the shares in the index is $100,000,000, the company would be worth 1% of the index. The indices are continuously calculated to provide accurate reflections of the market throughout the trading session.

The most popular indices 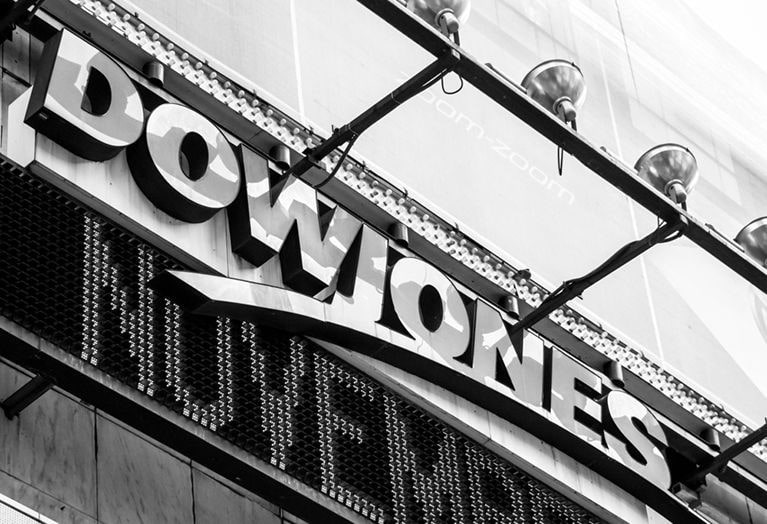 The Dow Jones Industrial Average (DJIA) is one of the oldest, best-known and most-used indices globally. It includes the shares of 30 of the largest and most influential companies in the United States. The DJIA is what is known as a weighted price index. Originally, it was calculated as an average, hence the name. Unfortunately, it's no longer so simple to calculate. Over the years, stock divisions, spin-offs and other events have caused changes in the divisor, which makes it a very small number (less than 0.2).

The DJIA represents about a quarter of the value of the entire US stock market. But a percentage change in the Dow shouldn't be interpreted as a definitive indication that the entire market has fallen by the same percentage. This is due to the function weighted by the price of the Dow. The basic problem is that a change of $1 in the price of a $120 stock in the index will have a greater effect on the DJIA than a change of $1 in the price of a $20 share, although the shares of higher price may have changed only by 0.8% and the other by 5%.

A change in the Dow represents changes in investor expectations about the prospects and risks of large companies included in the average. Because the general attitude toward large-cap stocks often differs from that toward small-cap stocks, international shares or technology stocks, the Dow shouldn't be used to represent sentiment in other areas of the market. On the other hand, because the Dow is composed of some of the best-known companies in the US, the large swings in this index generally correspond to the movement of the entire market, although not necessarily on the same scale.

The Standard & Poor's 500 index (commonly known as the S&P 500) is a larger and more diverse index than the DJIA. Composed of 500 of the most sold stocks in the US, it represents approximately 80% of the total US stock markets' value. In general, the S&P 500 index provides a good indication of the movement in the US market.

A 10% move in all stocks in the DJIA, on the other hand, wouldn't necessarily cause a 10% change in the index. Many people believe that the market weighting used in the S&P 500 is a better measure of market movement because two portfolios can be compared more easily when changes are measured in percentages rather than dollars. 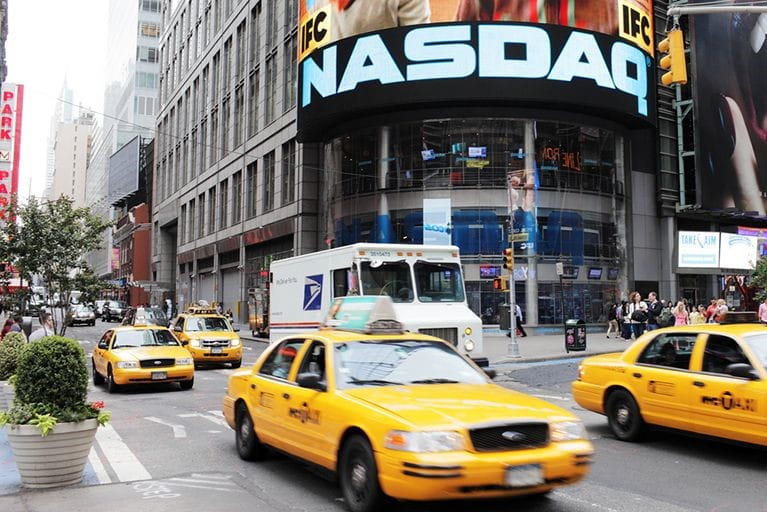 Most investors know that the Nasdaq is the exchange in which technology stocks are traded. The Nasdaq Composite Index is weighted by the stock market capitalisation of all stocks traded on the Nasdaq Stock Exchange. This index includes some companies outside the US.

Although this index is known for its large share of technology stocks, the Nasdaq Composite also includes shares of the financial, industrial, insurance and transportation industries. The Nasdaq Composite includes large and small companies, but, unlike the Dow and the S&P 500, it also includes many speculative companies with small market capitalisations. Consequently, its movement generally indicates the performance of the technology industry and the attitudes of investors towards more speculative actions.

DAX is a stock market index representing 30 of the largest and most liquid German companies listed on the Frankfurt Stock Exchange. The prices used to calculate the DAX index come from Xetra, an electronic commerce system. It's a capitalisation-weighted index, so it measures the performance of Germany's 30 largest listed companies. Therefore, it's a strong indicator of the German economy's strength and investor sentiment towards German stocks.

The DAX was created in 1988 with a base index value of 1,000. DAX constituent companies represent approximately 75% of the aggregate market capital traded on the Frankfurt Stock Exchange.

It's the main European stock market index in the global market.

The name FTSE 100 originated when it was owned 50/50 by the Financial Times and the London Stock Exchange (LSE). Hence FT and SE produce FTSE. It also refers to its composition of 100 companies.

The FTSE 100 (more colloquially known as 'the Footsie') is an index composed of the 100 largest companies by market capitalisation listed on the London Stock Exchange (LSE). They are often referred to as "frontline" companies, and the index is considered a good indication of the performance of the major companies listed in the United Kingdom.

Larger companies make up a larger portion of the index because it's weighted by market capitalisation. The FTSE 100 is managed by the FTSE Group. It's calculated in real-time, and when the market is open, it's updated and published every 15 seconds.

The FTSE 100 is often seen as an indicator of prosperity among the UK rated companies and the economy. However, many of the companies included in this index are based in other countries.

CFDs, or Contracts for Difference, are one of the fastest-growing financial products in the current market. They offer traders a chance to manage their positions with any stock indices globally from one platform.

Read what CFDs are here.

With CFDs indices you can trade index fluctuations in the same way as on the value of stocks or exchange rates. The risks involved are also similar, so trade with caution.

But please note that trading CFDs with leverage can be risky and can lead to losing all of your invested capital.

We hope this article was useful. Try trading index CFDs at Libertex, where you can practice CFD trading in the simulated environment of a demo account with zero risk. Take a free online course.